Spanish international Diego Costa scored his 10th league goal of the season to help Chelsea complete a comeback 2-1 over Liverpool in the Premier League’s early kickoff on Saturday at Anfield.

Liverpool captain Steven Gerrard was one of a handful of players who returned to the starting line-up, with his slip in last season’s title-race decisive meeting between both sides dominating the build-up to today’s encounter. 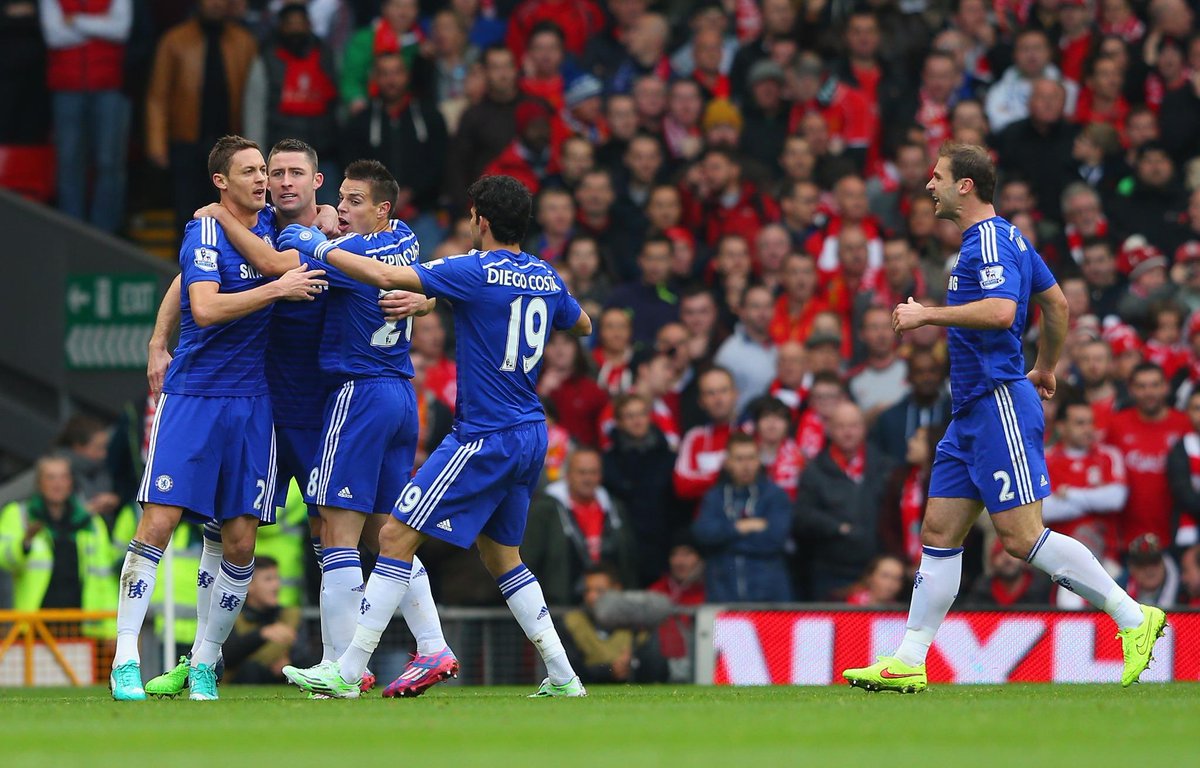 A bright start to the match for Liverpool had led to midfielder Emre Can giving the Reds the lead after nine minutes with a long range effort which deflected off Gary Cahill and left Chelsea goalkeeper Thibaut Courtois wrongfooted.

Chelsea laid siege on the Liverpool goal right after conceding and duly restored parity only five minutes through Cahill, who latched on to a loose ball in the area to scramble in Chelsea’s equaliser.

A Cesc Fabregas cornerkick was headed by Costa towards John Terry whose goalwards header was kept out by Simon Mignolet, with the loosd ball falling to Cahill who managed to get the ball over the line according to the goal-line technology, despite Mignolet’s best efforts to keep the ball out.

Courtois managed to keep the scores level at the other end, pushing away a low effort from Philippe Coutinho midway through the first half which ended with no further goals.

Costa sent an overhead kick just over the Reds goal five minutes into the second half after Liverpool failed to deal with an Eden Hazard ball in, while Raheem Sterling had a close range effort kept out by Courtois moments later.

A scrappy phase of the match followed until Costa was on hand to slam in the winner after 67 minutes, as a Cesar Azpilicueta cut-back was pushed out by Simon Mignolet only as far out as the Brazilian born striker who finished off with a half volley from close range. 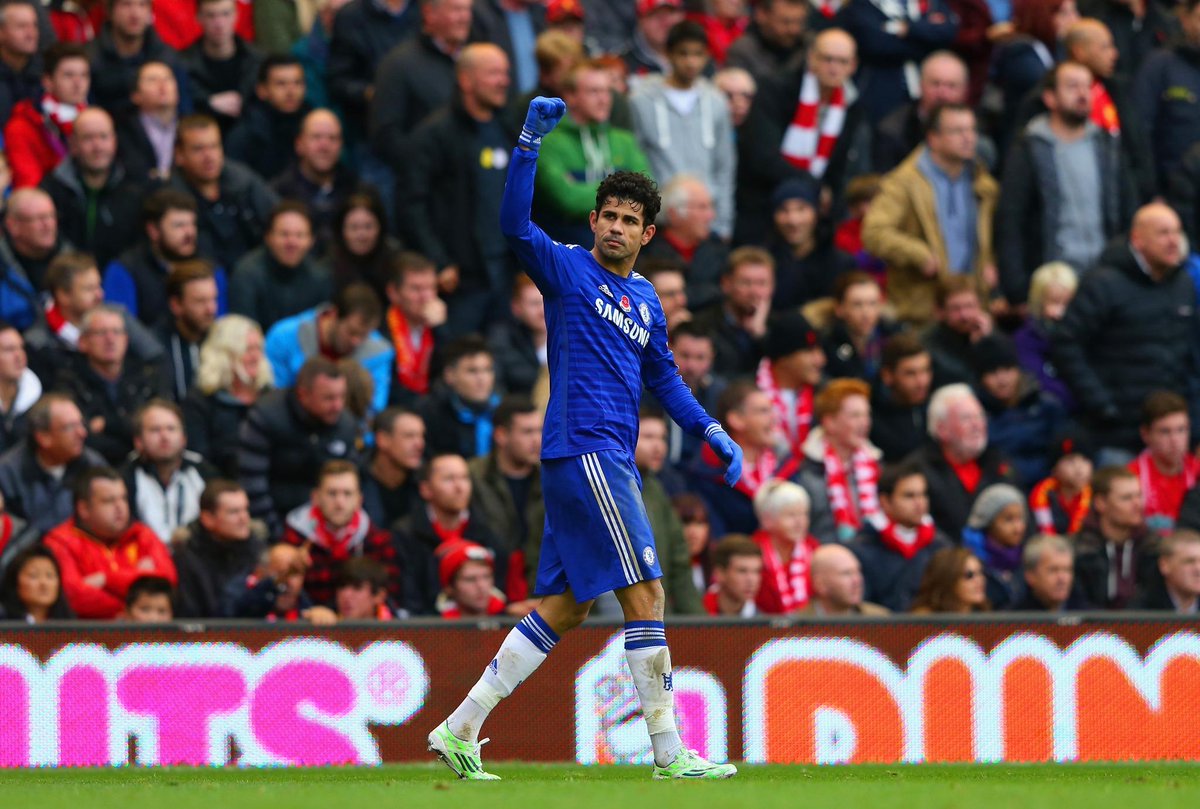 Liverpool had a late shout for a penalty waved aside by the referee, as a goal-bound Gerrard shot hit the arm of Cahill in the area a minute before stoppage time.

Chelsea however held on for a result that takes the Londoners seven points clear at the top of the Premier League standings with 29 points – ahead of the remaining fixtures for Saturday – and extends their unbeaten start to the season to a club-record 17 matches.