Top seed Novak Djokovic came from the brink of a shock exit to win his quarterfinal match against Marin Cilic while conqueror of Rafael Nadal, Nick Kyrgios saw his fairytale run ended in four sets by Milos Raonic. 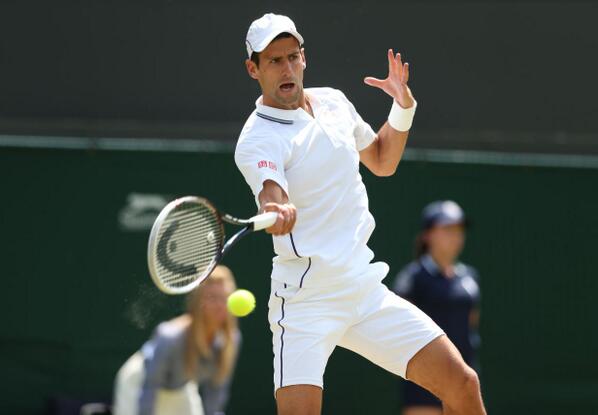 Djokovic had dropped just a set coming into his match with Cilic and looked on course to breeze through to the semis after claiming the first set 6-1 in just under half an hour.

Cilic however broke the world number two in the fourth game of the second set to take a 3-1 lead before holding serve to win the set 6-3 and level the match at one set apiece.

The 29th seeded Croatian then claimed the third set on a tie-break to be on course to claim a big scalp against last year’s finalist and reach his first ever Wimbledon semis having previously never gone past the fourth round.

Djokovic would next face Grigor Dimitrov for a place in Sunday’s final after the Bulgarian showed great form earlier today to shock defending champion Andy Murray in straight sets.

Murray’s quarterfinal exit came after unheralded Australian teenager had shocked world number one in the fourth round to set up a quarterfinal match against Milos Raonic.

And the 19 year old raised hopes of sustaining his fairytale run after winning the first set 7-6 but Raonic stormed back to claim the second set 6-2 before taking the lead by winning the third set 6-4. 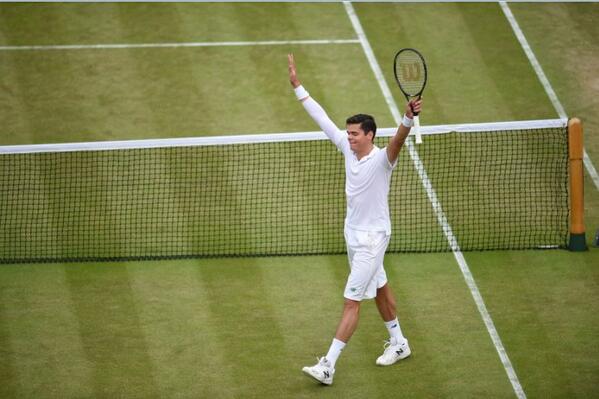 Kyrgios put up a brave fight in the fourth set but eventually succumbed to a 6-7, 6-2, 6-4, 7-6 defeat to 9th seeded Raonic who will face 17-time grand slam winner Roger Federer in his first ever Wimbledon semi-final.

Federer, who won the last of his seven Wimbledon titles back in 2012, recovered from dropping a set for the first time at the All England Club this year to defeat Swiss compatriot Stanislas Wawrinka 3-6, 7-6, 6-4, 6-4.

After the win, Federer stated ”It’s difficult when you know someone so well. We know our patterns really well. I wish him the very best for the season because clearly already he’s had a beauty.

The former world number one stated further that ”I don’t want to get too far ahead of myself. I am just glad I am back strong after the disappointment of last year.”