Jose Mourinho’s Chelsea withstood a late rally from Crystal Palace to come away from Selhurst Park with a 2-1 win while Arsenal needed a late Danny Welbeck strike to salvage a point in the 2-2 draw at home to Hull City in the Premier League on Saturday.

Oscar gave the Blues a sixth minute lead with a well struck freekick while Cesc Fabregas finished off a seamless passing exchange six minutes into the second half as Chelsea maintained its unbeaten start to the season. 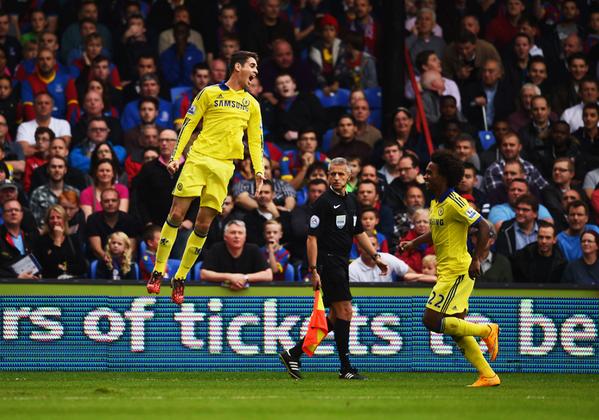 Both sides had a man sent off in the closing stages of the first half while Frazier Campbell pulled a goal back for Palace in the 90th minute, an effort that only proved to be a consolation for the Eagles.

The result leaves Chelsea five points clear at the top of the league with 22 points, ahead of champions Manchester City on 17 points and Southampton on 16 points in third place.

Arsenal meanwhile fell 11 points behind the league leaders after it could only manage a 2-2 draw at home to Hull City in a repeat of last season’s FA Cup final at the Emirates Stadium.

Hector Bellerin was handed his first Premier League start by Arsène Wenger while left-back Nacho Monreal started in the centre as Arsenal had to deal with the absence of injured Laurent Koscielny and Mathieu Debuchy as well as a suspended Calum Chambers.

The home side made a bright start to the match and were rewarded when Alexis Sanchez put the Gunners ahead in the after driving down the right before slotting home a low strike.

Arsenal’s lead lasted only five minutes though as Mohamed Diame showed power to beat off his marker and sent a dinked effort over Wojciech Szczesny to equalise for the Tigers against the run of play.

The Gunners dominated proceedings for the rest of the half but failed to find a way back in front as both sides went into the break level.

That status changed second into the second half when Hull took the lead straight from kick off, with Abel Hernandez getting ahead of Per Mertesacker to nod in a Tom Huddlestone cross.

The introduction of Aaron Ramsey and Joel Campbell did little to change the outlook for Arsenal, who continued to dominate but repeatedly were let down by their final ball though Sanchez came close seven minutes to the end but his header was tipped over. 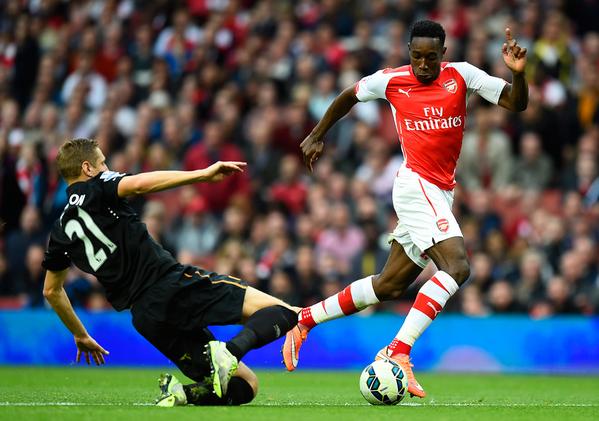 The breakthrough finally came in the 90th minute when Sanchez drove into the area, drawing the attention of Hull defenders before releasing Welbeck who simply dinked over the Hull keeper to equalise for Arsenal.

Santi Cazorla had a stoppage time effort saved as both sides settled for a share of the spoils, a result that puts Arsenal in sixth with 11 points, behind Manchester United on goal difference, with the Red Devils still to visit West Brom on Monday night.

Elsewhere in the Premier League, Gabriel Obertan scored 20 mintes from time to give Newcastle United a morale boosting 1-0 win at home to Leicester City as the pressure on manager Alan Pardew further eased off.