Vfl Wolfsburg have been handed another Italian opposition while defending champions Sevilla will come up against Russia’s Zenit St. Petersburg following draws for the last eight of the UEFA Europa League on Friday in Nyon, Switzerland.

Having come through the last 16 stage with a 5-2 aggregate win over 2010 Champions League winners Inter Milan, Wolfsburg has been drawn for a first ever meeting with Napoli for a place in the semi-finals. 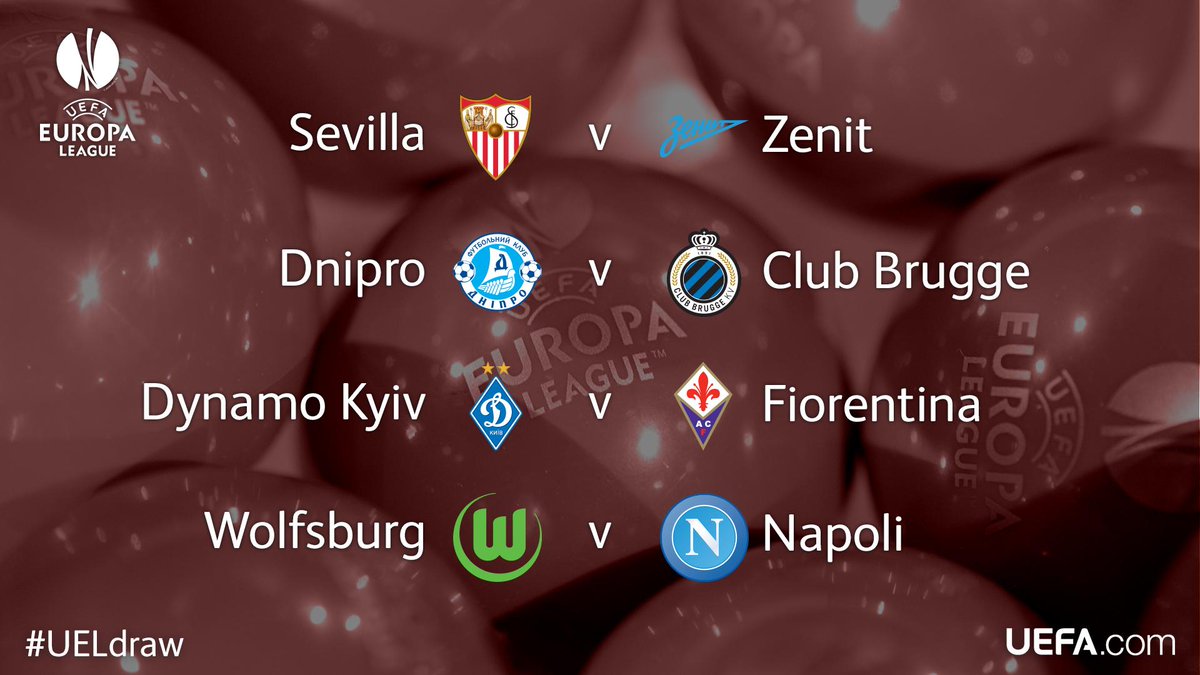 Meanwhile, it will be a repeat of a 2006 meeting also at this stage of the competition when Sevilla come up against Zenit; with the Spaniards going on to win the title after beating Zenit in 2006.

The rest of the quarterfinal line-up sees Italy’s Fiorentina up against Dynamo Kyiv while Kyiv’s Ukrainian rivals Dnipro has been drawn to face Club Brugge of Belgium.

The first leg ties will take place on April 16 with the return legs scheduled to hold a week later on April 23.