Southampton manager Ronald Koeman as well as the club’s Italian striker Graziano Pelle have been named Manager of the Month and Player of the Month respectively for September by the Premier League. 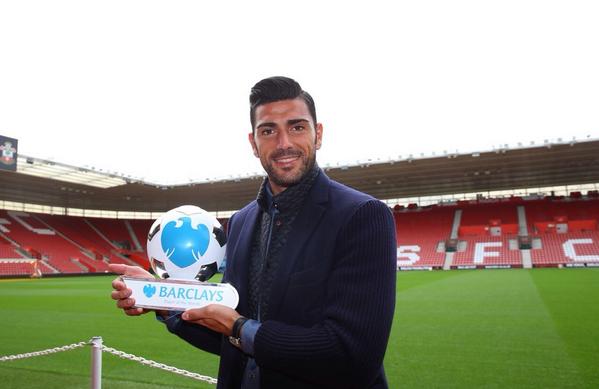 The honours come after Koeman led the Saints went through September with a perfect record from three league matches, easing to a 4-0 thrashing of struggling Newcastle United before winning 1-0 away at Swansea City and 2-1 at home to Queens Park Rangers.

The Southampton manager stated afterwards that “It’s a personal prize for the manager, but I have to say thanks to the players. We had a great month, which was unexpected for a lot of people – maybe that was an influence on this prize.”

The Dutchman added “It’s a great compliment, but it’s one month. It’s now October, and September is behind us, so we have to look forward. We’d like to celebrate with three points against Sunderland.”

Meanwhile Pelle, who made his international debut for Italy last week in a Euro 2016 qualifying match against Malta in which he scored the only goal, scored three goals in that run including two against Newcastle and also assisted Victor Wanyama for the late winner at Swansea.