A repeat of the 1978 final will take place tonight when Louis van Gaal’s Netherlands take on a Lionel Messi inspired Argentina in Sao Paulo for the right to take on Germany in the 2014 World Cup final.

The second semi-final will be the fifth time Netherlands would meet with Argentina in the World Cup, with the Dutchmen leading on the head-to-head count courtesy of two wins from the previous four meetings; the last of which came when a stunning last minute goal from Dennis Bergkamp gave the Dutch victory in France 98.

Argentina have won once in the four previous meeting, coming in the final of the 1978 World Cup, four years after the first meeting between both which ended in a 4-0 win for the Dutch. Argentina however won 3-1 in 1978 to claim the first of two World Cup titles.

For the Netherlands, the 1978 final represented the second of three occasions they have lost in a World Cup final – 1974 to West Germany and 2010 to Spain – and a win tonight would see the Dutch go a step closer to lifting the elusive title for the first time ever.

Van Gaal though could be without Manchester United striker Robin van Persie whom he labeled a doubt with a knock while Argentina’s Alejandro Sabella will be without Angel di Maria who picked up an injury in the quarter-final win over Belgium. 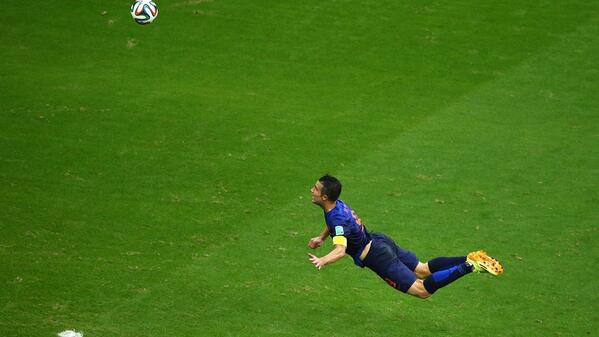 Sergio Agüero is however available again for Argentina having missed the knockout stage so far since sustaining an ankle injury during the final group stage against Nigeria.

Full back Marcos Rojo is also available for selection for Argentina having served a suspension in the win over Belgium while midfielder Fernando Gago could return to the starting line-up after sitting out the Belgium match.

Messi however remains the man Argentina would mostly rely on to deliver a final place for the first time in 24 years, more so in the absence of Di Maria. Messi on his part has scored four goals and provided two more so far, better managing to evade being marked by the opposition with each game.

Against the Dutch however, the four-time world player of the year comes up against a compact unit that works with a flexible defensive system which changes based on the opposition.

The flexibility of van Gaal’s 5-3-2 formation has seen Spain decimated in the group stage, edged a sound Chile side, overcome an equally compact Mexico and seen off World Cup revelations Costa Rica.

Argentina though, celebrating their Independence Day today, would still fancy their chances of setting up a repeat of the 1990 final, more so as Messi has created 19 goalscoring chances in five matches despite close attention from the opposition.

But that ability to grind out results regardless of the opposition, in some part down to van Gaal’s tactical changes, makes the Netherlands slight favourites to reach a second successive World Cup final tonight.