Third seed Simona Halep continued her charge towards the Wimbledon title with a straight sets win over 19th seed Sabine Lisicki in a quarterfinal match, setting up a last four meeting with Eugenie Bouchard as a result.

Lisicki had began the match much brighter, racing to a 3-0 lead before unforced errors from both players saw them take a game each as Lisicki led 4-1 and looked set to claim the first set. 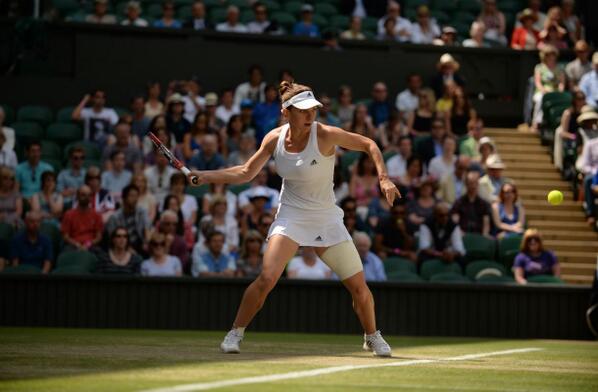 Halep, beaten finalist at Roland Garros last month, however produced a stunning rally as she won the next five games against last year’s finalist to claim the first set 6-4 before blazing her way through the second 6-0 to seal a semi-final place.

After the match, Halep stated ”I have more confidence. The secret was just to enjoy every match and fight for every point. I feel more prepared than at the French Open. My dream is to win a Grand Slam. But it’s not easy. ”

As a result, Halep becomes the first Romanian woman to reach the semis at Wimbledon while German player Lisicki joined compatriot Angelique Kerber out of the grand slam.

Following her close three-set win over favourite Maria Sharapova in the fourth round, Kerber fell in straight sets to Bouchard in their quarterfinal encounter. 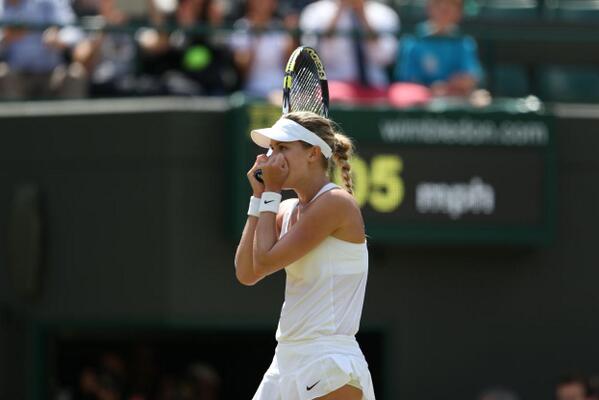 Bouchard’s 6-3, 6-4 win saw the Canadian reach the semis of a third grand slam this year having also made it to the last four in Australia and Paris.

Bouchard stated after her win that it is an exciting time in women’s tennis as the old favourites make way for a new generation of champions, adding that she hopes to make the finals.