A penalty by Klaas-Jan Huntelaar deep in stoppage time saw Netherlands come from a goal down to complete a dramatic 2-1 win over Mexico and book a place in the World Cup quarterfinals.

Mexico made the bright start under a humid weather in Fortaleza, though a long range Salcido shot parried out by Cillessen midway through the first half was the closest the Central Americans came to breaking the deadlock.

The half-hour mark saw the referee give the first ever water break taken as temperatures peaked at 38° in Fortaleza.

However only three minutes were needed for Mexico to take the lead in the second half through Giovanni Dos Santos who scored with a scorching left foot volley from distance. 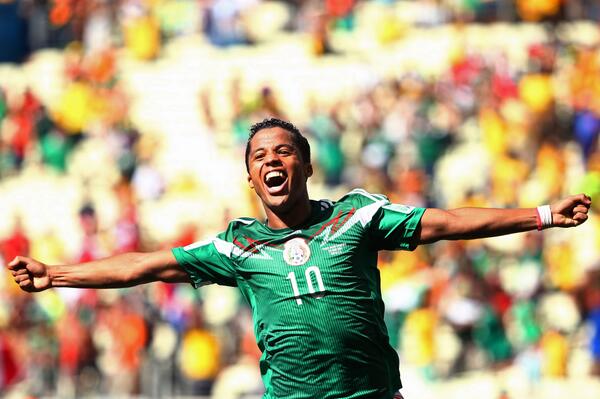 Mexico goalkeeper Guillermo Ochoa then denied Netherlands an equaliser just before the hour mark, pushing a Stefan de Vrij header from point-blank range onto the post.

That was cue for the Dutch to take the intiative of the match, putting pressure on the Mexican defence but failing to find a way through.

And the prospect of extra-time was extinquished four minutes into stoppage time through substitute Huntelaar’s penalty after Arjen Robben was brought down by Mexico captain Rafael Marquez. 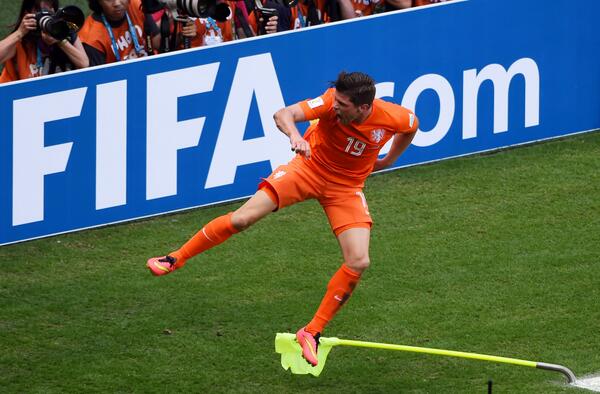 The win maintained Netherlands 100% record in the mundial, with a quarterfinal match against the winner of the match between Costa Rica and Greece awaiting the Dutch.