Nigeria’s female national team this evening in Kaduna thrashed Rwanda 8-0 to complete a 12-1 aggregate win and qualify for the Africa Women’s Championship holding in Namibia later this year. 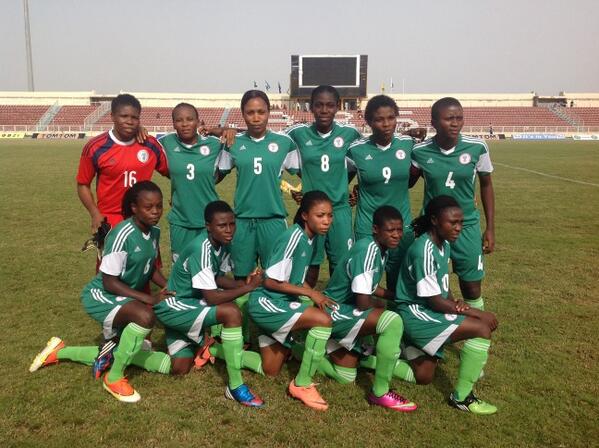 An own goal by the Rwandan goalkeeper opened the scoring early on for the Super Falcons, with Asisat Oshoala doubling Nigeria’s lead midway through the first half.

Further goals from the lively Esther Sunday and Desire Oparanozie with a brace gave the Super Falcons a commanding 5-0 lead going into the half-time break.

Oparanozie completed her hattrick on the hour mark to put Nigeria 6-0 up before Oshoala with her second of the day and Cecilia Nku late on wrapped up a comprehensive result for the Super Falcons.

The Super Falcons have been set a minimum target of reaching the semi-finals at the AWC, with the top three nations to represent Africa at the FIFA Women’s World Cup holding next year in Canada.

South Africa’s Banyana Banyana meanwhile were the first to join host nation Namibia at the AWC courtesy of Comoros’ withdrawal from the qualifiers with aggregate scores at 13-0 in South Africa’s favour.