Preparations for the 2014 World Cup in Brazil continued last night with the Netherlands, Algeria, Mexico and Croatia winning their matches while several players saw their World Cup prospects ended in injuries. 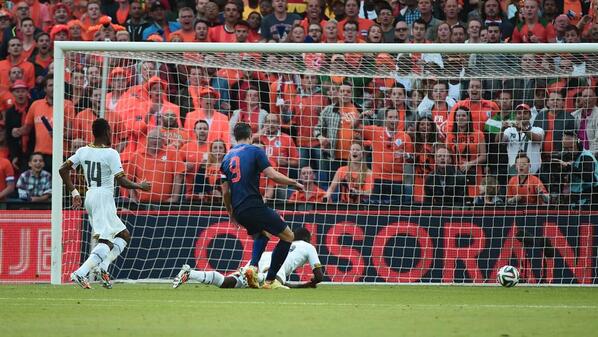 An early strike from Robin van Persie was enough to give the Netherlands a 1-0 win over Ghana in a match that could have ended with a wider margin but the Dutch, Arjen Robben in particular, were denied in several goal opportunuties.

The match also saw Ghana lose Jerry Akaminko in second half stoppage time after the defender landed awkwardly on his ankle and had to be stretchered off, putting his World Cup place in doubt.

There were no doubts however as to the World Cup prospects of Ricardo Montolivo and Luis Montes, as both players will miss the mundial starting June 12 after each ended their nights with major injuries. 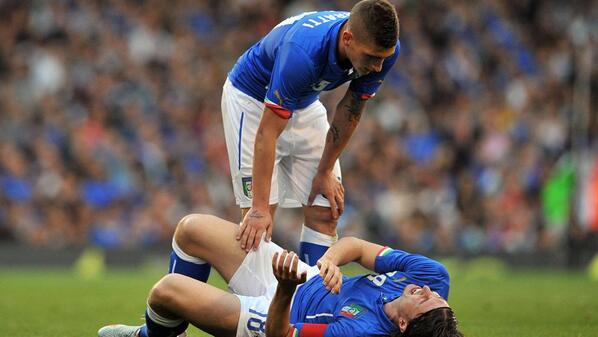 AC Milan midfielder Montolivo was stretchered off during Italy’s goalless draw with the Republic of Ireland, with the Italian team doctor confirming after the match that Montolivo had suffered a fractured tibia.

Mexico’s Luis Montes on his part suffered a broken leg also after coming off worse in a challenge with an Ecuador player in a match which ended 3-1 in Mexico’s favour.

The result proved a pyrrhic friendly win for Mexico as 35 year old veteran Rafael Marquez also limped out of the match injured, with the extent of his injury yet to be ascertained.

In other World Cup warm-up matches played, a brace from Ivan Perisic helped Croatia to a 2-1 win over Mali while Nabil Ghilas was among the scorers as Algeria got a comfortable 3-1 win over Armenia.

Russia were held to a 1-1 draw at Norway, Colombia squandered a two-goal lead to draw 2-2 with 10-man Senegal while Portugal and Greece played out a goalless draw in a match Real Madrid star Cristiano Ronaldo did not feature due to injury concerns while Borrusia Dortmund defender Sokratis Papastathopoulos limped out of the match just before half time for Greece.