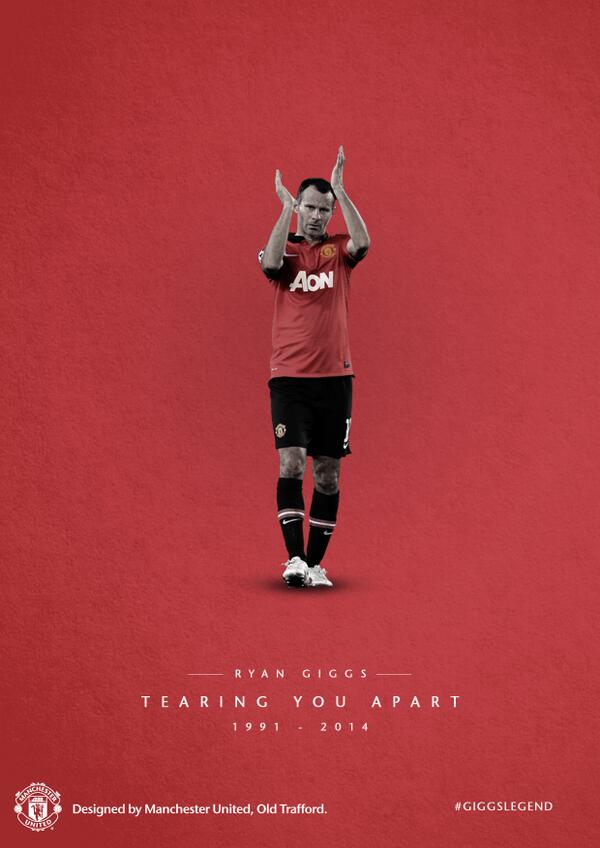 In a letter posted on the Manchester United website, the 41 year old congratulated van Gaal on his appointment before thanking former manager Sir Alex Ferguson, the players and the staff at the club.

The Welshman, who won 64 caps with the Wales national team, also took charge of the club for the final matches of the Premier League season in a caretaker role following the dismissal of David Moyes.

And executive vice-chairman of the club, Ed Woodward described Giggs as ”one of the
greatest players ever to wear the red shirt of Manchester United,” stating further that ”what he has achieved will never be equalled in the English game.”