Barcelona goalkeeper Victor Valdes has announced he will be leaving the Spanish giants at the end of the season in an open letter posted today on the club’s website. 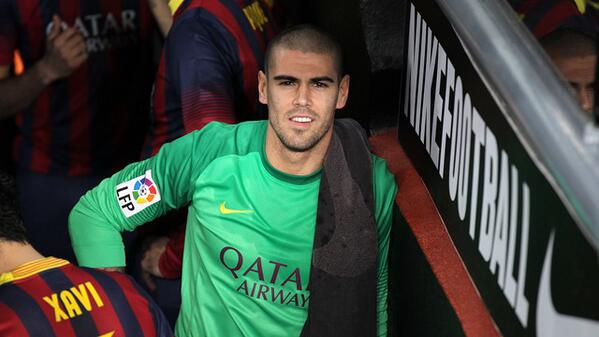 In the letter, 32 year old Valdes thanked the club’s fans as well as a number of his past and present coaches, including cuurent Netherlands coach Loius van Gaal, Bayern Munich manager Pep Guardiola, Frank Rijkaard and Tito Vilanova who recently died of throat cancer.

Valdes also expressed his sadness at being unable to say farewell on the pitch due to a ruptured cruciate ligament, which has sidelined him since March and ruled him out of the 2014 World Cup in Brazil.

Valdes has spent all of his club career at Barcelona, making his debut in a UEFA Champions League qualifier against Legia Warsaw in 2002, going on to become the club’s most capped goalkeeper.

He was also part of the Spain national team that won the 2010 World Cup in South Africa and the 2012 European Championship co-hosted by Poland and Ukraine.