…Funds to start up business after delivery

As the clamour  for justice for late Chima Ikwunado, the Auto-Mechanic allegedly tortured to death in the cell of the notorius Eagle Crack unit of Rivers Police Command continues,  the General Overseer of Omega Power Ministries Apostle Chibuzor Chinyere has awarded an educational scholarship, up to University level, to his yet to be born child.

The wife of the late Ikwunado, Mrs Adaugo, is eight months pregnant.

Addressing the family of the late auto mechanic during a visit at his home in Port Harcourt, in company of an activist, Comrade Phils, Apostle  Chinyere said he may not be able to raise late Chima from the dead, but will ensure that his family does not lack any thing after his death.

The cleric, known mostly for his humanitarian support to the downtrodden in the society, like offering free education for the children of poor, free Health  care, free accommodation for widows, the displaced, repentant  prostitutes ,cultists and armed robbers, added that the pregnant wife of the late mechanic and her unborn child are now the responsibilities of his church.

He also promised to ensure she delivers her baby safely at the OPM Free Hospital without charges and her accommodation, feeding and clothing will be fully catered for afterwards. Apostle Chinyere also promised the widow that he will establish a viable business for her after she gives birth.

Thanking the Cleric for his benevolence, Phils, extolled the man of God for always listening to the voices of people in need.

The cousin of the late Ikwunado, Mr Obinna Ezirim, responding on behalf of the family, thanked Apostle Chibuzor for his kindheartedness and benevolence towards his family. 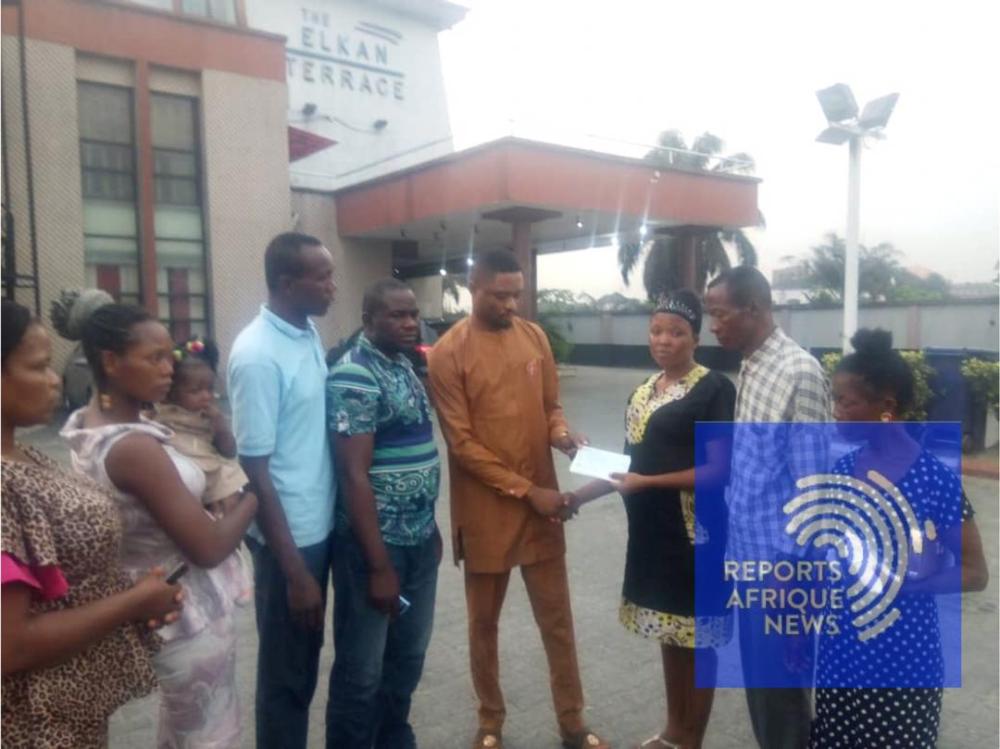 Another philanthropist who is the CEO of Dynasty Perfumes, Mr  Daminabo Alali Daniel, also gave the widow a cheque of N1,000,000 (One Million Naira only)for her upkeep.

Presenting the cheque, Mr Daminabo said that the sum was his token to support the widow for the injustice meted on her husband by an unjust society.