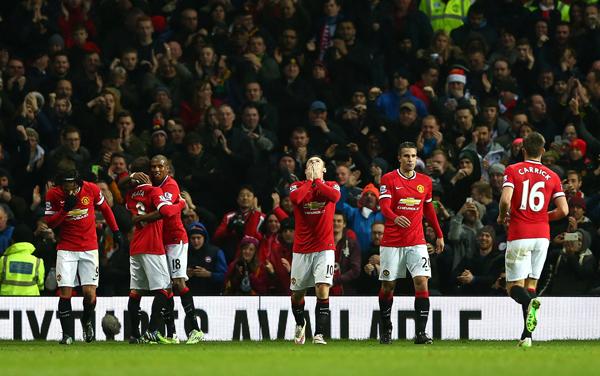 The result extended the Red Devils’ unbeaten run in the league to eight matches while Newcastle have now lost four on the trot since beating league leaders Chelsea earlier in December.

Last time both sides met at Old Trafford, Newcastle had left with a rare win but there would be no repeat as Louis Van Gaal’s side overcame the visiting Magpies to solidify their hold on third spot in the league.

It was Newcastle that had the opening chance though, with Daryl Janmaat seeing a long range effort tipped away by Man. United goalkeeper David de Gea in the 16th minute.

The Red Devils opened the scoring six minutes later off a botched Newcastle attack, with Rooney launching a counterattack and finding Juan Mata in acres of space in midfield.

The Spaniard took his time before sending a ball over the top to Falcao who slid a pass across the area to the onrushing and unmarked Rooney who finished off with a tap-in into an empty goal.

Rooney added a second 10 minutes before the break after being put through on goal by a defence splitting Mata pass, while Robin van Persie added a third in the second half with a header off a lobbed Rooney pass into the area. 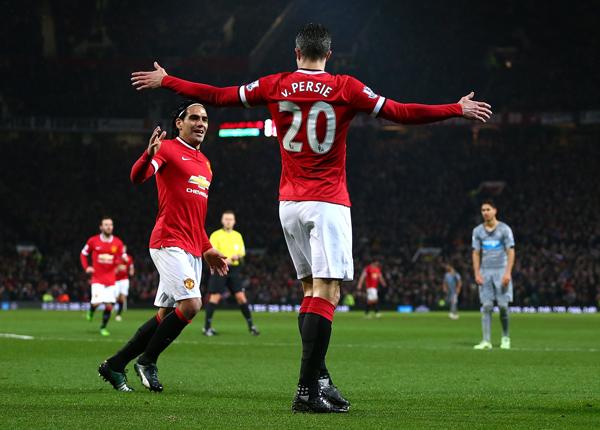 Newcastle pulled one back through Papiss Cisse’s late penalty after Phil Jones committed a foul in the area but Man. United held on to claim a seventh win in eight matches and open a three-point gap in third place.

Southampton follow Man. United on the table following a 3-1 win at Crystal Palace, a result which moved the Saints to 32 points in fourth place, a point and place ahead of West Ham that lost 2-0 in the early kick-off at league leaders Chelsea.

Sadio Mane’s first half goal along with those from defenders Ryan Bertrand and Toby Alderweireld’s first for the Saints put the visitors 3-0 up at Selhurst Park, before Scott Dann scored a consolation for Palace.

Elsewhere, Hull City recovered from going behind in the first minute at the Stadium of Light to overcome Sunderland 3-1 and climb out of the relegation zone into 17th place as a result.

Having scored in the final minute at Mewcastle United last time out, Adam Johnson put Sunderland ahead in the first minute against the Tigers on Boxing Day as the Black Cats raced out of the blocks.

Goals just after the half-hour mark from Gaston Ramirez and early in the second half from James Chester turned the table in Hull’s favour before Nikica Jelavic made sure of the win for Hull with a 90th minute effort.