Akwa Ibom indigene Emem Eduok had the honour of scoring the first ever goal at the new Uyo International Stadium in Akwa Ibom State as the home-based Super Eagles got a 1-0 friendly win over Ghana’s U23 national team on Friday night.

The match was preceded by performances from ace Nigerian producer Don Jazzy and his Mavins crew and opening addresses from Nigerian President Goodluck Jonathan and his Ivorian counterpart Alassane Quattara. 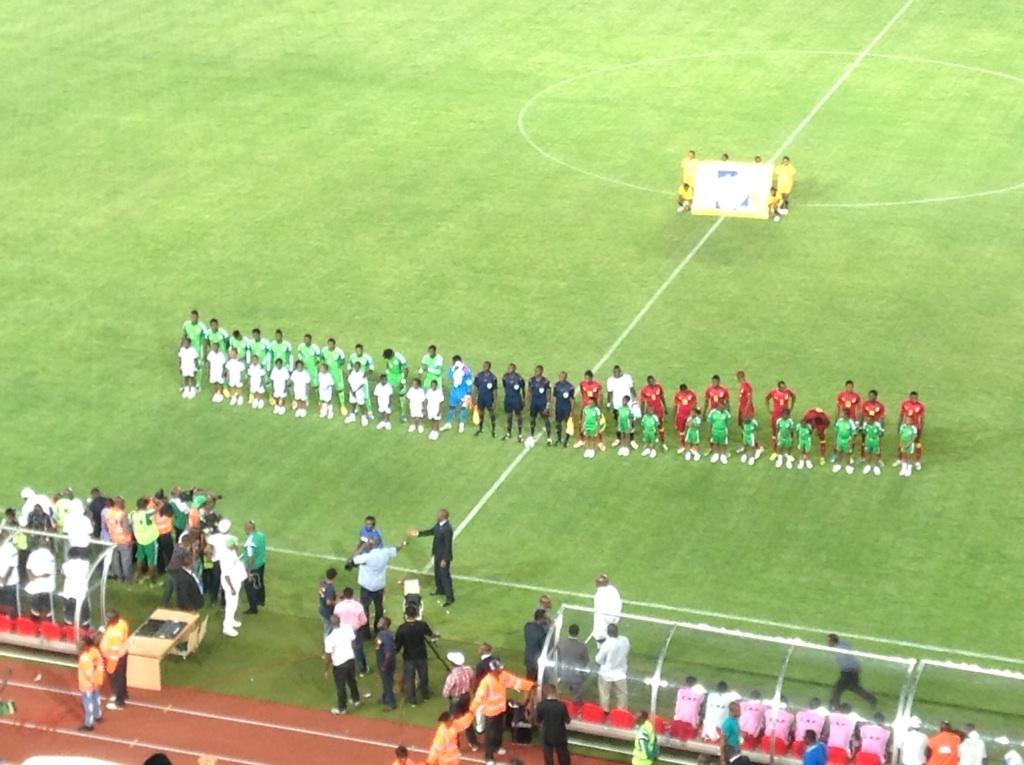 Eduok, who plies his trade at Port-Harcourt club Dolphins and is joint top scorer in the Nigerian Premier League, got on to a right wing cross from Solomon Kwambe to head Nigeria in front after 33 minutes.

The match saw Nigeria have a slight edge on the Black Meteors in possession but get let down by the final ball as Nigeria went into the break a goal up.

Enyimba striker Mfon Udoh came on for the misfiring Ighodaro Osaguona at half-time and came close to diubling Nigeria’s lead midway through the second half only to be denied by the crossbar.

Kingsley Sokari then went even closer to doubling Nigeria’s lead in stoppage time, latching on to an Eduok cross which the Ghana defence failed to deal with but seeing his goalbound effort cleared off the line.

The night ended on a sour note for Ghana as Richard Yamoah got himself sent off in the 90th minute for a rash tackld on substitute Tony Edjomariegwe.

For Nigeria, it was a triumphant start to what could become the new home for the Super Eagles, with the main team to face South Africa at the venue in an African Cup of Nations qualifier in just over a week.