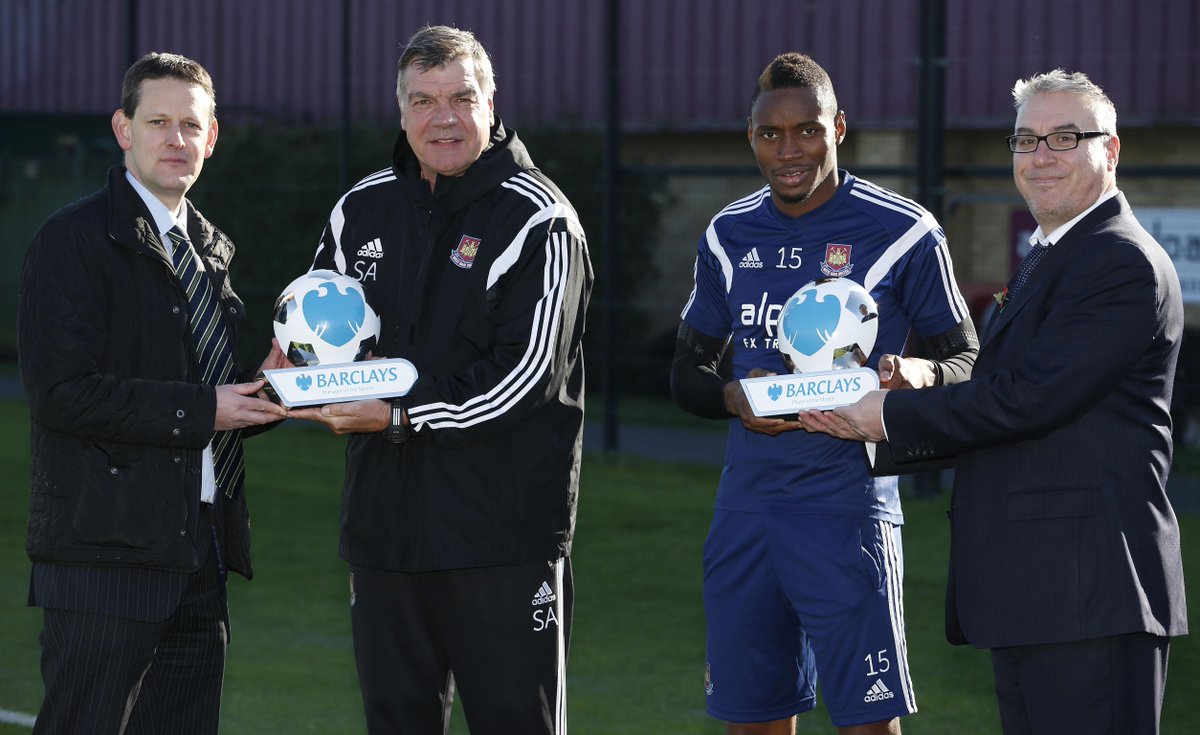 Allardyce beat Chelsea manager Jose Mourinho to the award, as well as Hull City manager Steve Bruce and Newcastle United’s Alan Pardew who were also nominated for the award.

The West Ham manager stated, ”I was delighted to be presented with the Barclays Manager of the Month award for October. It is an award I accepted gratefully on behalf of everybody at West Ham, from the owners to the tea lady.”

Allardyce added ”The pinnacle of October was obviously beating Manchester City, but the most important thing was being able to put away two teams we were expected to beat in QPR and Burnley.”

It is the sixth time Allardyce has won the monthly award, with the last award coming in February 2014 when he led the west London club to four wins from four matches.

Also known as Big Sam, Allardyce guided the Hammers to wins in its three Premier League matches in the month under review, beating Queens Park Rangers 2-0 at home and winning 3-1 at Burnley before stunning Manchester City with a 2-1 win.

As a result, West Ham lie in fifth place with 17 points, three points behind Manchester City and just behind Arsenal by virtue of goal difference on the league standings after 10 matches.

Meanwhile West Ham’s Senegalese striker Sakho claimed the player of the month award after scoring a goal in each of the club’s three matches in October.