Manchester City had two men sent off as the Premier League champions fell to a 2-1 home loss to Ahmed Musa’s CSKA Moscow on Wednesday and go on the brink of another early exit from the UEFA Champions League. 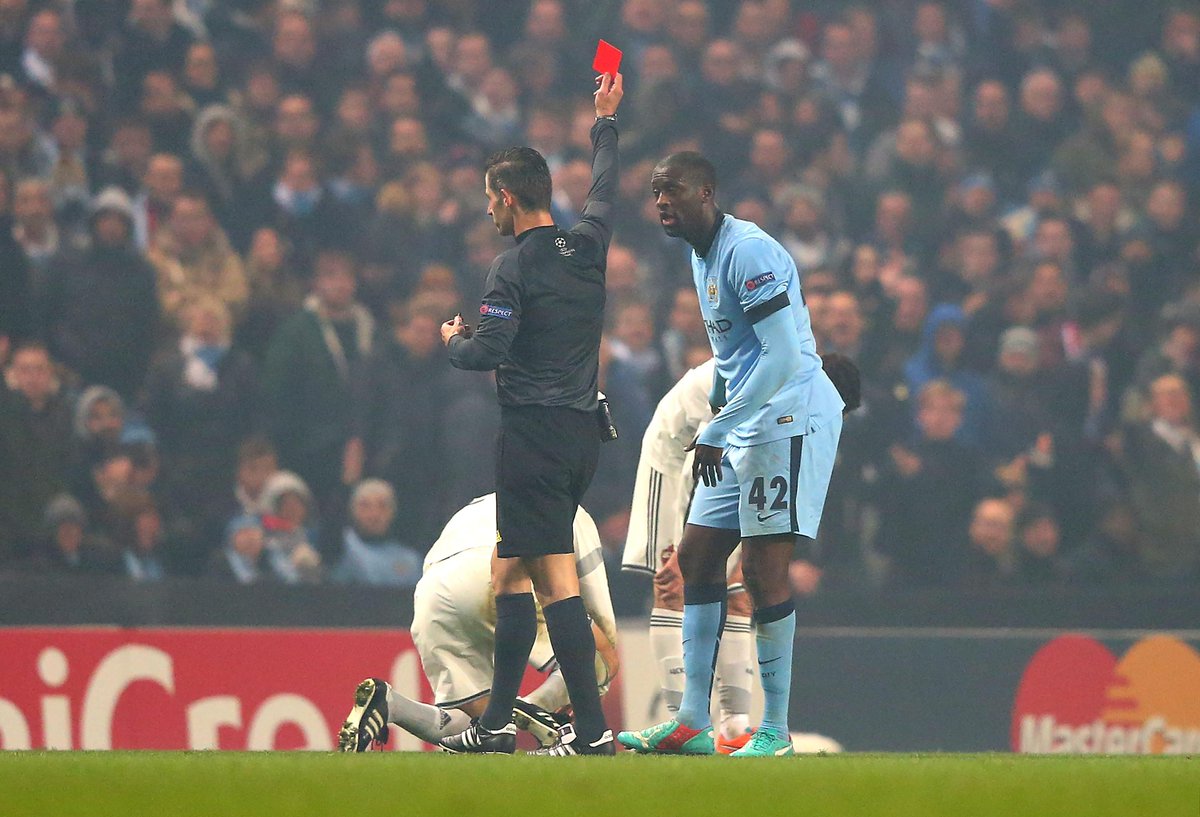 City had switched off in squandering a two-goal lead to draw 2-2 in the first leg between both sides and the English side’s defence was asleep when Seydou Doumbia headed CSKA in front after 100 seconds.

Sergio Agüero was then denied by Igor Akinfeev midway through the first half, while Gäel Clichy almost got punished for a lapse in concentration a minute later.

Stevan Jovetic was denied by Akinfeev in a goal-mouth scramble just after the half-hour mark and a minute, City was behind again through Doumbia who coolly finished off a counterattack. 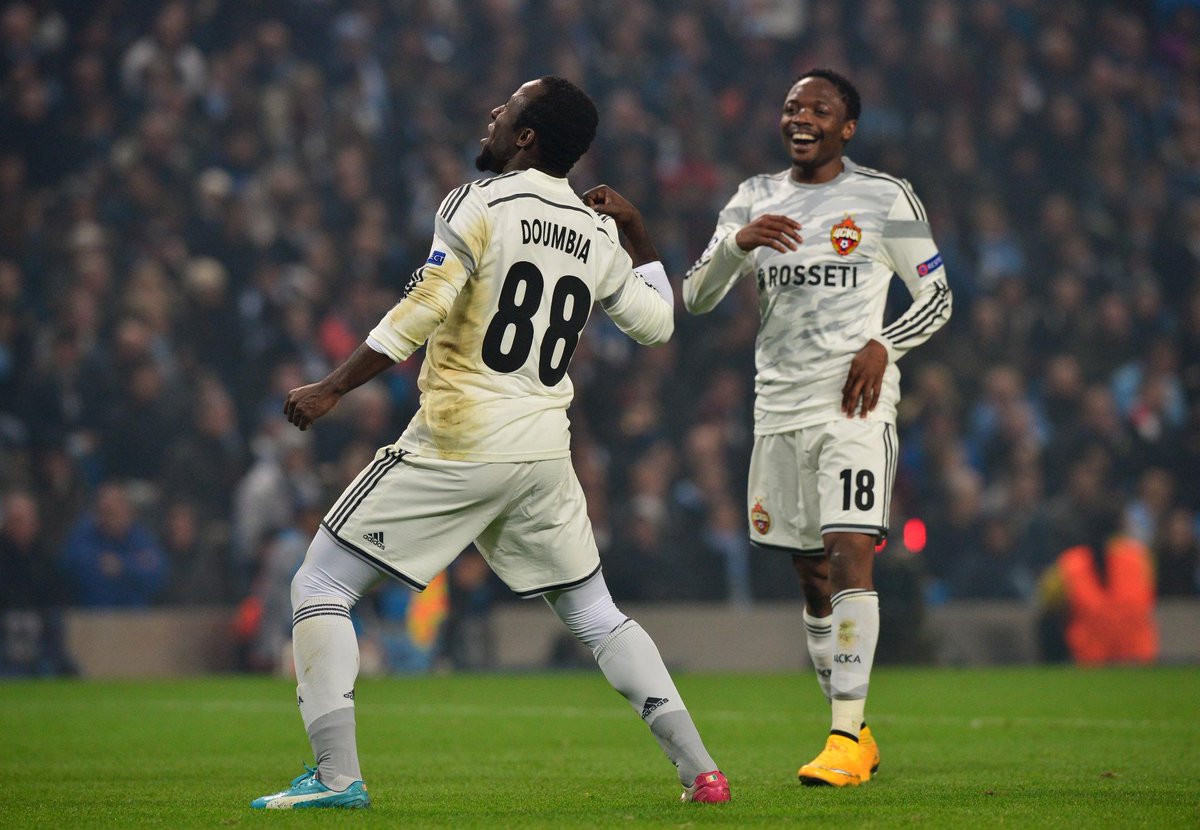 Akinfeev kept CSKA in front when he denied James Milner just past the hour mark, with matters going from bad to worse for City as Fernandinho received a second booking and his marching orders with 20 minutes to go.

Toure had a freekick saved by Akinfeev minutes later but his, and City’s night would end on a sour note as the Ivorian midfielder got sent off seven minutes to the end, with CSKA holding on for a crucial win.

The result left Man. City bottom of Group E with just two points and still without a win, while CSKA is now level on four points with AS Roma behind group leaders Bayern Munich with 12 points.

Bayern Munich sealed passage to the last 16 with a 2-0 win over AS Roma in the other Group E match courtesy of goals in each half from Franck Ribery and Mario Götze. 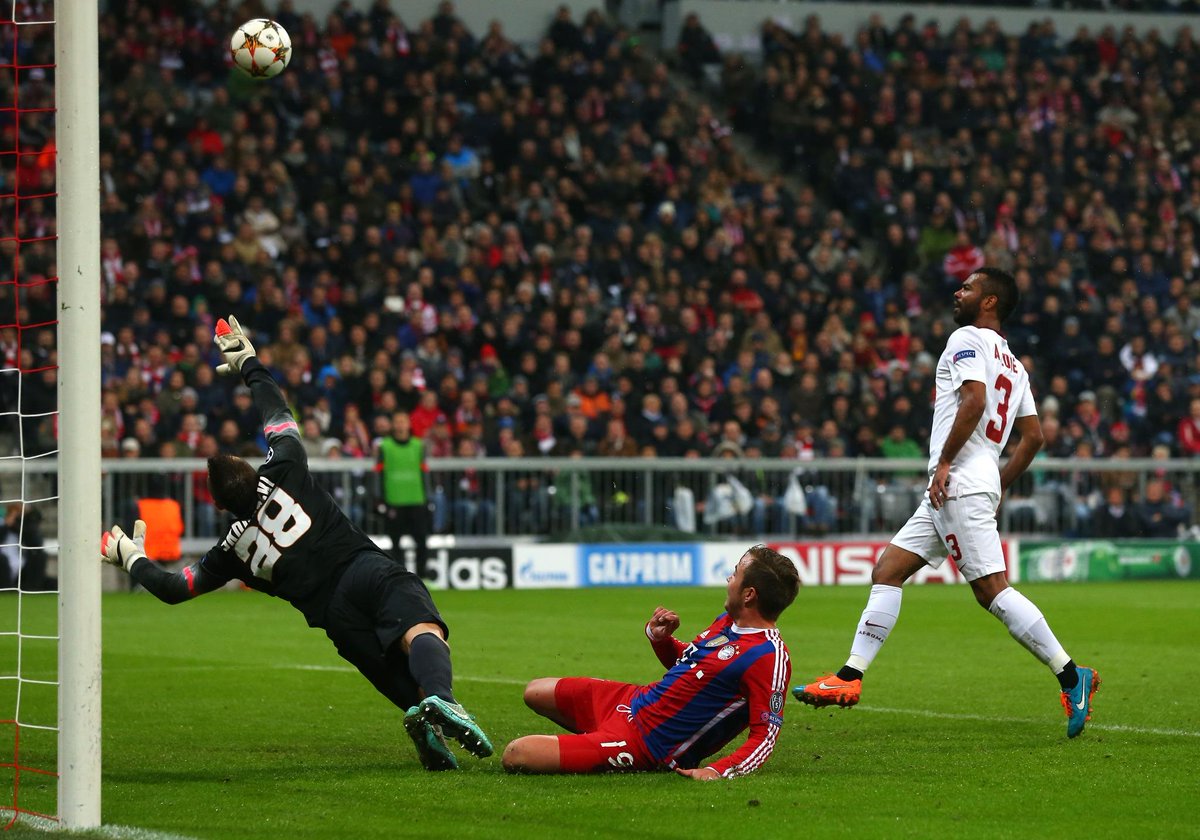 Meanwhile in Group F, PSG and Barcelona also made it through to the last 16 with respective wins over APOEL Nicosia and Ajax Amsterdam.

Lionel Messi scored twice to give Barcelona a 2-0 win at Ajax and equal Raul’s record of 71 Champions League goals scored, with Real Madrid rival Cristiano Ronaldo a goal behind the duo.

And in Paris, Edinson Cavani’s first minute goal was enough to give PSG a 1-0 win at home to APOEL and keep the French champions top of Group F with 10 points, a point ahead of Barcelona.