Nigeria’s victorious female national team has been received at the Abuja National Stadium by Sports Minister Tammy Danagogo, after winning the African Women’s Championship title in Namibia on Saturday. 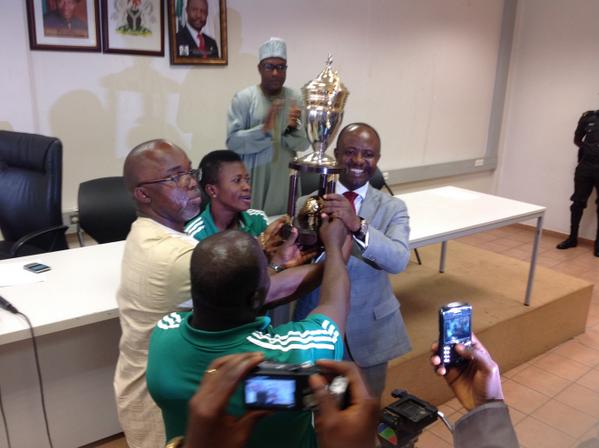 In a ceremony which had NFF President Amaju Pinnick in attendance, Danagogo praised the team for their dedication to the country on their way to winning a record seventh African title and qualifying for the 2015 FIFA Women’s World Cup in Canada.

Nigeria won all five matches played in Namibia to regain the title it last won in 2010, with Danagogo previously urging for more support for the Super Falcons from corporate bodies and the general public.

The title-winning squad is also expected to be received by President Goodluck Jonathan at Aso Rock on Wednesday.