A 94-minute strike from Robin van Persie earned Manchester United a dramatic 1-1 draw with Chelsea that had Branislav Ivanovic sent off in the Premier League match at Old Trafford on Sunday. 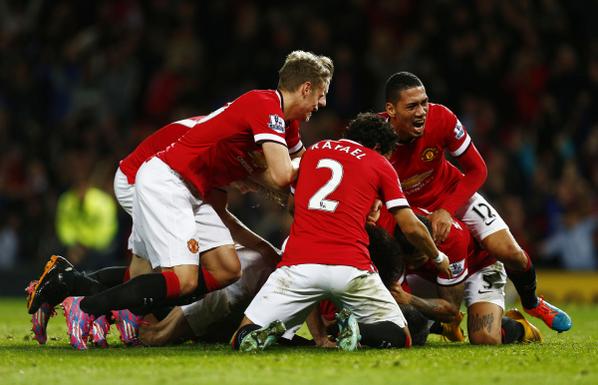 Chelsea went into the encounter with Didier Drogba leading the lines for his 350th Premier League appearance, as an unfit Diego Costa was left out of the squad while Löic Remy remained sidelined with a groin injury.

Man. United meanwhile started with van Persie upfront, as the Red Devils were without a suspended Wayne Rooney as well as Radamel Falcao who picked up an injury during the week.

Van Persie was first to have a go at goal, beating the offside trap to meet a pass from Angel di Maria, only to be denied by Thibaut Courtois who was on hand a minute later to save a header from United’s Dutch striker.

From then on it was Chelsea that looked more likely to score, with David De Gea saving from Drogba four minutes to half-time before denying Eden Hazard five minutes into the second half. 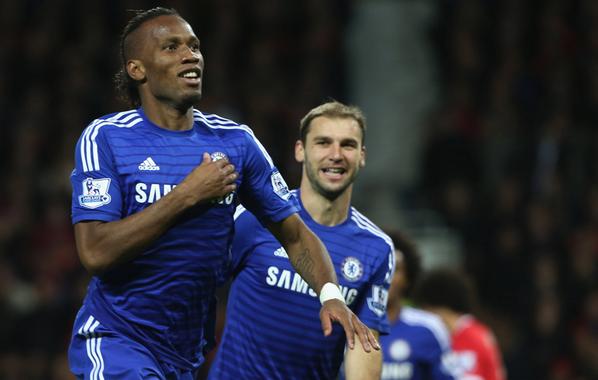 The Spanish goalkeeper was helpless in preventing the Blues from taking the lead two minutes later, as Drogba rose to powerfully head in a Cesc Fabregas cornerkick at the near post.

The goal was the Ivorian’s 101st for the club, his second in as many matches following his penalty against Maribor in midweek as well as his first in the Premier League since March 2012 towards the end of his first spell with Chelsea.

Willian then had a speculative long range effort saved by De Gea while Ivanovic shot an effort wide, while van Persie was denied at the other end by Courtois with 10 minutes left.

But late drama ensued as Ivanovic received a second booking for a foul on Adnan Januzaj, with van Persie smashing in the equaliser from the resultant freekick after Courtois save from Marouane Fellaini’s initial header fell to him. 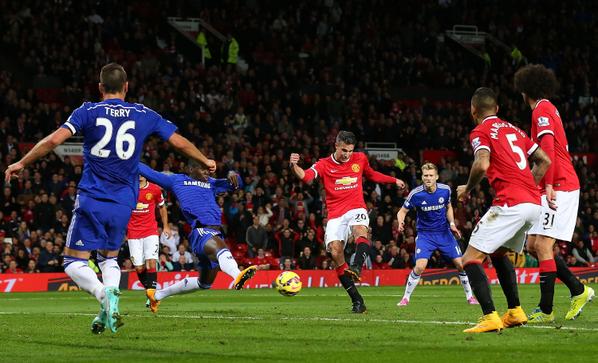 The result sees Chelsea maintain top spot in the Premier League with 23 points, four points ahead of second placed Southampton, while Man. United is 10 points behind the Blues in eighth place with 13 points.