Netherlands’ chances of reaching the European Championship in 2016 suffered a major setback this evening following a shock 2-0 defeat at the hands of Iceland in a Group A qualifying encounter in Reykjavík.

A first half brace from Swansea City midfielder Gylfi Sigurðsson was enough to maintain Iceland’s perfect start to the qualifying campaign at the expense of a poor Dutch side that have now lost two of their three qualifying matches. 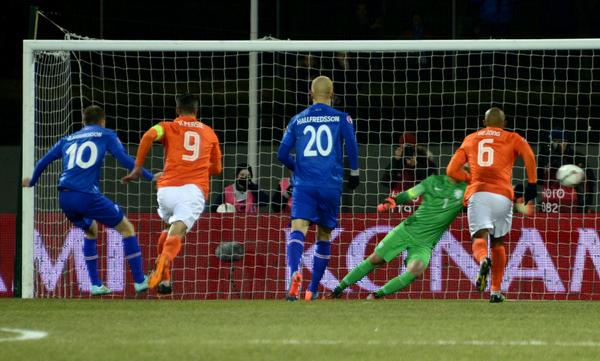 Sigurðsson gave the Scandinavian nation a ninth minute lead with a penalty, which was earned when Birkir Bjarnason was brought down in the area by Paris St. Germain defender Gregory van der Wiel.

Robin van Persie had a chance to equalise for Netherlands in the 26th minute when put through on goal by Arjen Robben, only for the Manchester United striker to fire his effort straight at Iceland goalkeeper Hannes Thor Halldorsson.

Robben then sent a close range header wide minutes later as the Dutch piled the pressure in search of an equaliser, but it would be Iceland to get another goal just before half-time when the Dutch failed to clear a cornerkick and Sigurðsson was in hand to fire the ball into the roof of the Dutch net.

The Dutch laid siege on Iceland in the second half but failed to find a breakthrough as the home side held on for a which put Lars Lagerback’s side, that is also yet to concede, on nine points from three matches ahead of Czech Republic on goal difference while Netherlands is third, six points behind the Group A pacesetters.

Elsewhere in Group A, Czech Republic came away from Kazakhstan with a 4-2 win to maintain their perfect start while Turkey remain bottom of the group following a 1-1 draw with Latvia. 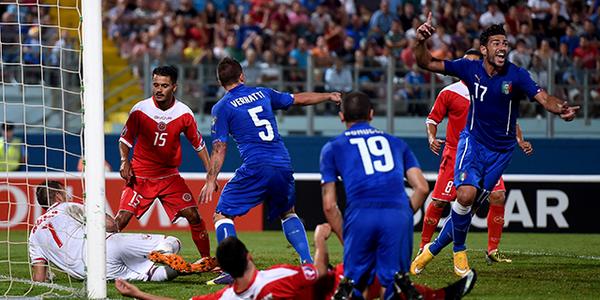 In other qualifying matches, Croatia went top of Group H with nine points thanks to a 6-0 demolition of Azerbaijan in Zagreb while Italy is now in second place in the group also with nine points after edging Malta by a lone goal scored by debutante Graziano Pelle.

Wales maintained top spot in Group B with seven points thanks to a 2-1 win at home to Cyprus, though Israel and Belgium in secnd and third place respectively have played a game less, with Israel winning 4-1 at Andorra tonight while Belgium played out a 1-1 draw at Bosnia-Herzegovina.