Petra Kvitova was in supreme form to claim her second grand slam title of her career following a straight sets defeat of debutant finalist Eugenie Bouchard in the Wimbledon women’s final today. 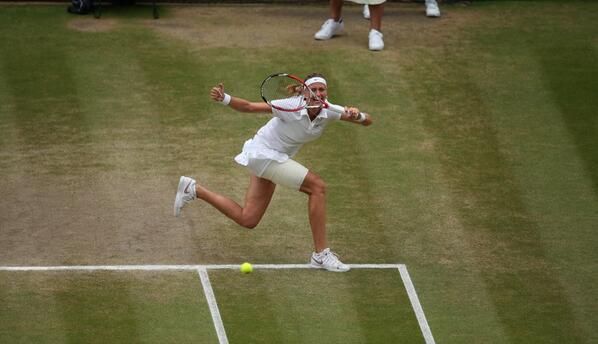 Despite making just four unforced errors in the entire match, Bouchard could not find a response for Kvitova who hit 28 winners and got 82% on her first serve compared to Bouchard’s eight winners and getting 48% on first serve.

Kvitova broke her Canadian opponent in the third game of the opening set to take a 2-1 lead, breaking Bouchard again to take a 5-2 lead as the first set wound to a quick end.

Bouchard, playing in her first ever grand slam final after reaching the semis at Australia and Roland Garros, broke back to give herself a slim hope but Kvitova went on to wrap the first set up at 6-3.

The 24 year old Czech , who is the only grand slam winner born in the ’90s, maintained her relentless form in the second set, hitting big winners to claim the set to love and wrap up a 6-3, 6-0 win in 55 minutes.

Kvitova, whose only precious major title also came at Wimbledon back in 2011, stated in her championship speech that ”I can’t say that it’s more special, but after three years to stand here with the trophy again is amazing.” 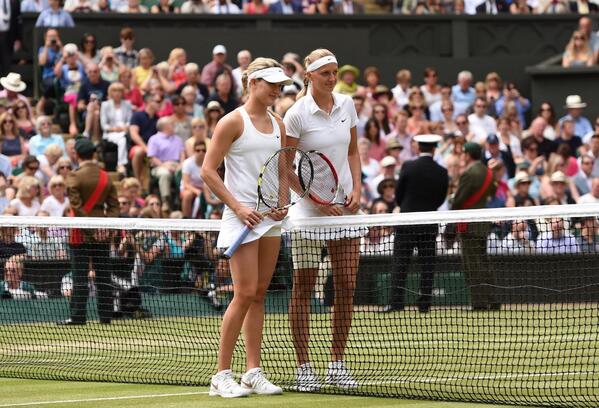 Bouchard on her part remained upbeat about her exploits at future majors, saying ”I feel like it’s a step in the right direction. I don’t know if I deserve all your love today but I really appreciate it.”

The gentlemen’s Wimbledon final will take place on Sunday afternoon between seven-time winner Roger Federer and top seed Novak Djokovic who will be seeking only his second triumph at the All England Club following his 2011 triumph.