Roger Federer moved a step closer to winning the most titles in Wimbledon history after a straight sets win over Milos Raonic in a semi-final encounter this evening in London.

The Swiss as a result is now guaranteed to rise to third on the new ATP rankings on Monday and at 32 years old, becomes the oldest grand slam finalist since Andre Agassi reached the 2005 US Open final aged 35. 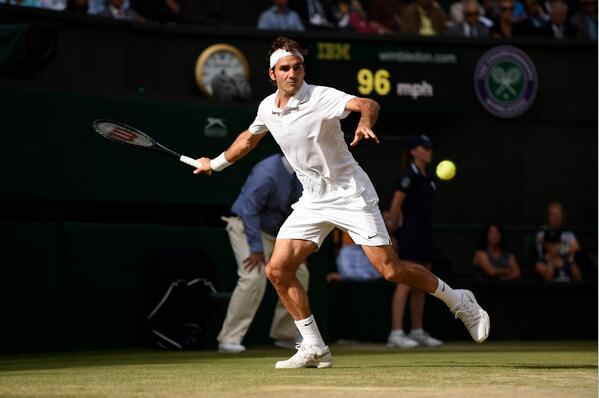 Federer broke Raonic in the very first game and held serve to see out the first set 6-4, before breaking his Canadian opponent in the ninth game of the second set to go two sets up.

The edgy nature of the match continued in the third set as both players held serve until the ninth game when again, the 17-time grand slam champion broke Raonic to gain the upperhand.

And just as in the second set, Federer would hold serve afterwards to set up a tantalising final against top seed Novak Djokovic who earlier today beat Grigor Dimitrov in the first semi-final.