Eugenie Bouchard made history this evening by becoming the first Canadian woman to reach the final of a grand slam following a straight sets win over third seed and favourite Simona Halep at Wimbledon.

Bouchard was in attacking mode through the semi-final encounter, winning nine of 10 net approaches in the match and hitting 20 winners against Halep’s 13 on her way to a 7-6, 6-2 win. 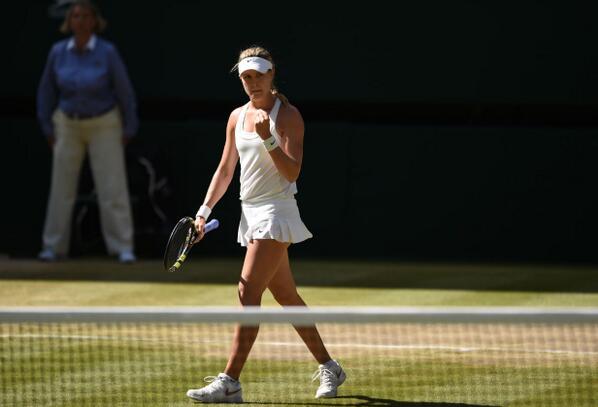 The match was suspended for a few minutes in the first set tie-break when Bouchard was leading 3-2, and she held out to claim the first set before easing through the second set to reach her first ever grand slam final.

As a result Bouchard will come up against Petra Kvitova of Czech Republic in the final on Saturday after Kvitova overcame compatriot Lucie Safarova 7-6, 6-1 in the first semi-final.

Kvitova will be aiming to claim a second grand slam title in Saturday’s final following her triumph, also at the All England Club, in 2011.