Marco Reus’ 2014 World Cup participation with Germany was thrown in doubt after the Borussia Dortmund forward sustained an ankle injury this evening in Germany’s 6-1 win over Armenia.

The match was Germany’s final warm-up match for the World Cup which kicks off on June 12 and coach Joachim Löw now has till June 11 to decide on keeping Reus or calling in a replacement. 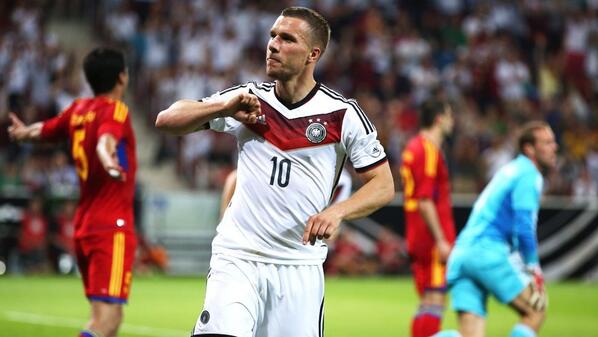 Reus’ replacement in the friendly match, Lukas Podolski and Arsenal teammate Mesut Özil however ensured Germany ended the night on a high, with Podolski scoring a goal and providing three more to inspire a 6-1 win.

Andre Schürrle was first to benefit from Podolski, scoring with a backheel to break the deadlock seven minutes into the second half before Podolski got on the scoresheet himself on 72 minutes to restore Germany’s lead after Dortmund midfielder Henrikh Mkhitaryan had equalised for Armenia.

Benedikt Howedes made it 3-1 a minute after Podolski’s strike while the Arsenal forward set up Klose for the fourth after 76 minutes and substitute Mario Götze for the fifth after 82 minutes.

Götze would go on to wrap up a resounding win for the Germans with his second goal a minute from time in a match Özil finished with two assists after coming on at half-time.

Klose could also become the highest scoring player in World Cup history if he manages three goals in Brazil to add to the 13 he has scored in four previous World Cup appearances. Former Brazil striker Ronaldo holds the record with 15 goals. 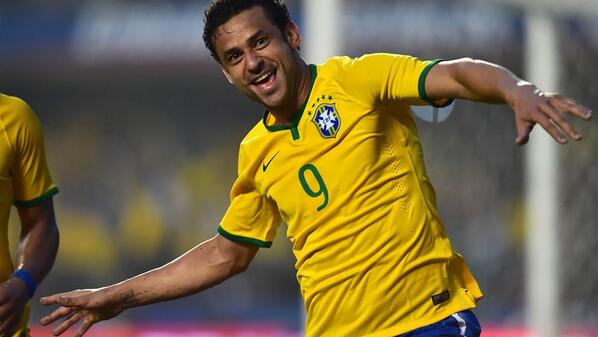 In other friendly matches played tonight, 2014 World Cup hosts Brazil struggled to a 1-0 win over Serbia courtesy of a second half goal from Fred while Russia beat Morocco 2-0 in a match that saw Russian captain Roman Shirokov pick up a knee injury that rules him out of the World Cup.