Brazil stepped up preparations for the 2014 World Cup with an easy 4-0 win over Panama with Neymar scoring a goal and creating another in the warm-up match.

The Barcelona forward put the 2014 World Cup hosts ahead midway through the first half before his club mate Dani Alves added the second for Brazil just before half time.

Brazil coach Felipe Scolari made three changes at half time with full-backs Maxwell and Maicon replacing Marcelo and Alves while Inter Milan midfielder Hernanes came on for Ramires.

Their introduction did nothing to break Brazil’s momentum, with Zenit forward Hulk making it 3-0 a minute into the second half off a Neymar assist while Willian, who came on for Oscar on the hour mark, sealed the result with the fourth late on. 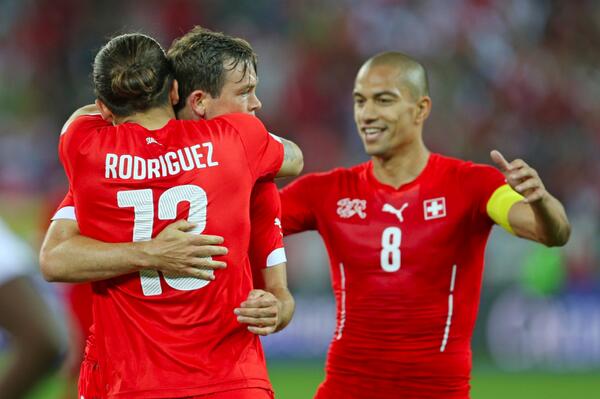 Meanwhile second half goals from Stephan Lichtsteiner and substitute Xherdan Shaqiri gave Switzerland a 2-0 win over Peru in Lucerne, though the final score flatters the Swiss who were plucky till Lichtsteiner broke the deadlock 12 minutes from time.

Elsewhere, Manchester United midfielder Shinji Kagawa was among the scorers as Japan came from a goal down to claim a 3-1 win over fellow World Cup participants Costa Rica.