Ernests Gulbis of Latvia followed his upset of Roger Federer with another upset win over Tomas Berdych, earning himself a first semi-final at the French Open where he will face second seed Novak Djokovic. 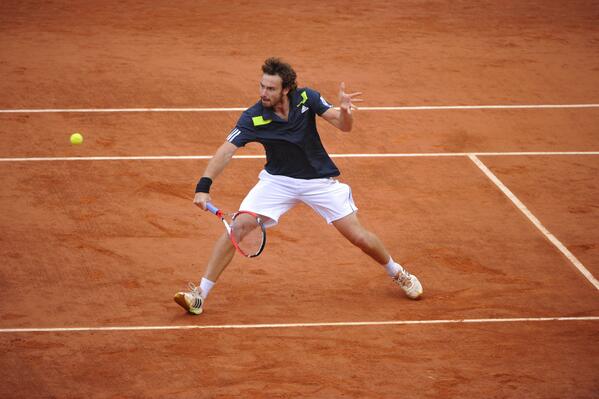 Gulbis had defeated the Czech sixth seed in their only previous grand slam meeting back at the 2012 Wimbledon and the Latvian maintained that little record with an impressive 6-3, 6-2, 6-4 win in Paris.

Berdych was in trouble from the off as Gulbis got the first break in serve to take a 3-0 lead, a lead which the Latvian maintained to take the first set easily, with the second set going much the same way for Gulbis who went on to wrap a fifth straight grand slam win against a seeded player.

Speaking after the win, Gulbis stated ”it took me a while to understand that happiness can only come from doing my job and work hard. I dont want to be over-excited and be overwhelmed by thoughts, I need to keep cruising alone.”

It was not till the 11th game before Djokovic was able to edge the opening set on tie-break and the Serbian needed another tie-break to overcome his Canadian opponent in the second set.

Having never lost in all his previous matches against Canadian players (5-0), Djokovic broke serve in the third set and was heading to seal the match when Raonic broke back at 4-5.

Djokovic though would see out the third set 6-4 to reach his sixth semi-final at Roland Garros.