Chelsea FC manager Jose Mourinho has been appointed an ambassador for the World Food Programme of the United Nations today in London.

The Portuguese tactician will serve as a global ambassador against hunger for the WFP and he expressed his pride at becoming an ambassador, stating ”To accept this opportunity I do it not just with pride but also with passion”.

Mourinho further stated that “supporting the work of the World Food Programme on the frontlines of hunger is a personal decision about a cause that is very close to the hearts of me and my family.” 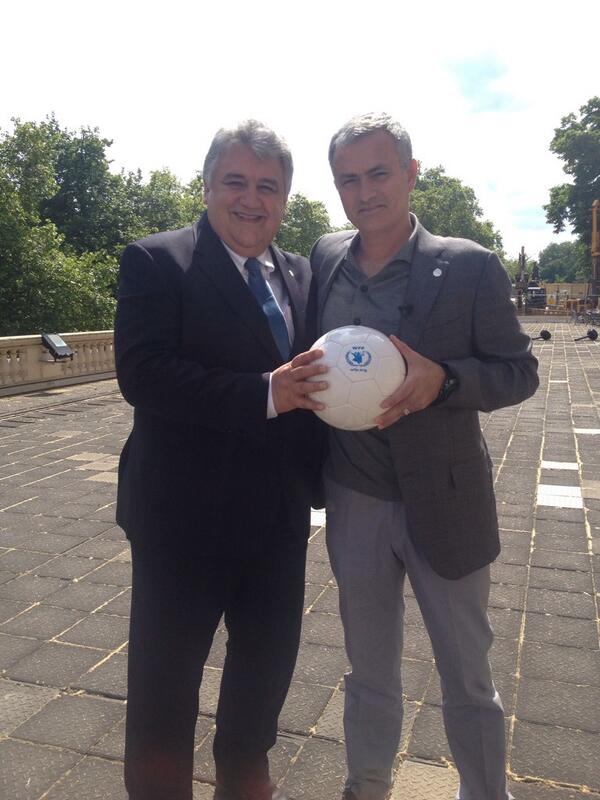 Speaking on Mourinho joining the programme, WFP Deputy Executive Director and Chief Operating Officer Amir Abdulla said “Jose Mourinho has achieved almost every success at the top of the game of football and we are delighted that he is now taking on a new challenge to help us reach Zero Hunger.”

Abdulla stated further that “we need strong, respected and committed partners to help us eliminate hunger in our lifetimes and I have no doubt Jose will deliver in his role as a WFP Ambassador Against Hunger.”