Radamel Falcao finally got a goal in English football though Manchester United needed stoppage time heroics from goalkeeper David de Gea to earn a 2-1 win over Everton in a Premier League match at Old Trafford on Sunday.

Midfielder Angel di Maria put the Red Devils ahead in the 27th minute after being found by Juan Mata before sending a curling effort past Everton goalkeeper Tim Howard. 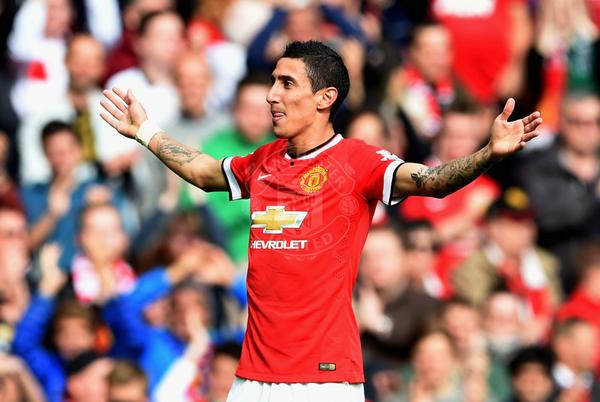 Everton should have equalised on the stroke of half-time when Tony Hibbert was brought down in the area by Luke Shaw but Leighton Baines, who had scored every penalty he had taken in the Premier League before today, saw his spot-kick saved by De Gea.

Baines somewhat made up for the missed penaltyby setting up the equaliser 10 minutes into the second half, exchanging passes with Gareth Barry before sending in a cross for Steven Naismith to head in. 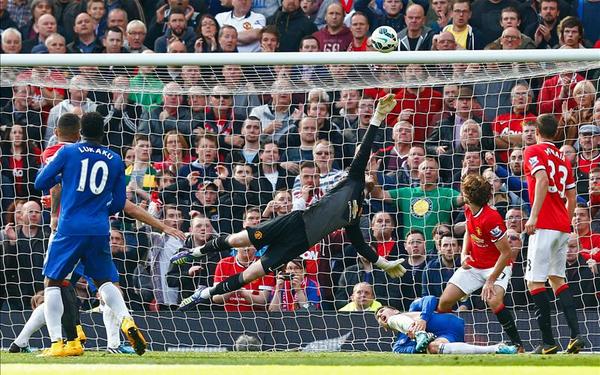 From then on Everton looked most likely to score but De Gea saved from a Leon Osman effort three minutes from time before denying Bryan Oviedo and Osman again in stoppage time as the Red Devils held on for a second successive league win.

The win takes Man. United up to fourth spot with 11 points from seven matches, ahead of Swansea City on goao difference and a point ahead of Arsenal that play league leaders Chelsea this afternoon at Stamford Bridge.