Having lost the first break on a tie-break, 32 year old Li rallied to win the second set 6-3 and force a deciding third set. The Chinese player however was overwhelmed by her underdog opponent who came through with a memorable 7-5, 3-6, 6-1 victory.

And Li was at a loss to explain why she fell in just the first round, saying ”I was feeling good when I walked out on court. Everyone feels the pressure. Sometimes it’s up and down.” 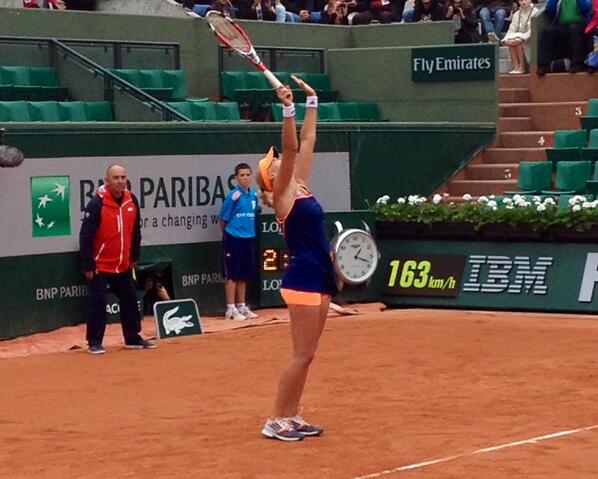 Mladenovic meanwhile will now face Alison Riske of the United States in the second round after Riske got a 7-6, 6-3 win in her first round match against Mirjana Lucic.

And when Mladenovic and Riske meet in the second round, both will be aiming to make it to the third round at Roland Garros for the first time in their careers.

There was another shock exit in the men’s draw as 11th seed and Australian Open quarterfinalists Grigor Dimitrov was beaten in straight sets by veteran Croatian Ivo Karlovic.

Other notable players that have failed to male the second round of the French Open are Nicolas Almagro and Tommy Haas who both retired injured in the first set of their respective matches against Jack Sock and Jürgen Zopp.